The Hoodies United "Hoodie", Why is it a Good Hoodie? not only because it's Comfy, Quality and Stylish with a Cool Design but also, Every item worn or produced by Hoodies United can send a positive message of Peace, Equality and it will help us Unite our communities locally and even Worldwide.

"Hoodies" have been used for years by athletes, workers, in fashion etc. to simply wear or to deliver messages and make statements for people of all ages, races and walks of life.

Let's All use the Hoodies for Good. Hoodies United. Bright, Colorful, Peaceful, People. All unique, all equal, all one. 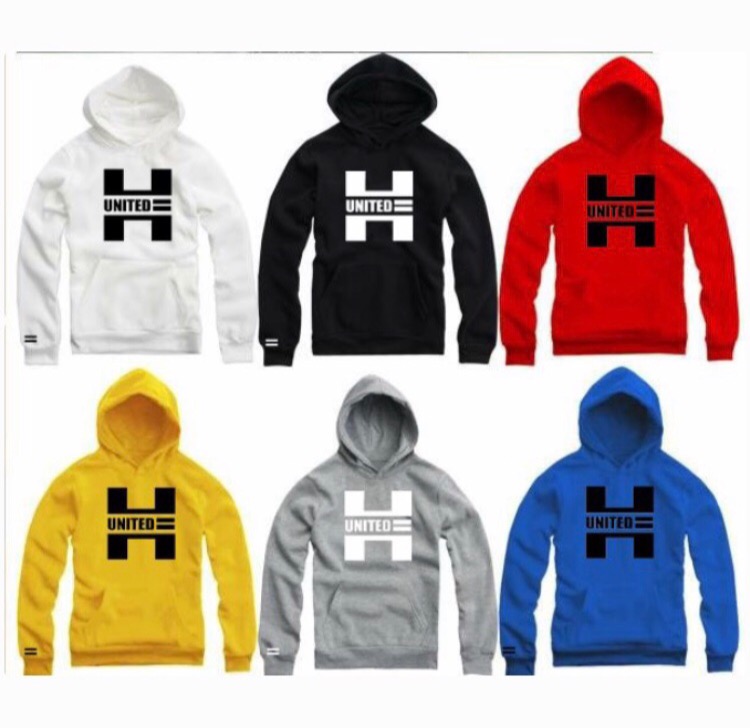 The act of Unification and Unity is essential for us to move forward in our attempt to become One Nation, One Life, One Love, One Race. "Human"

UNIFICATION-  the process of being united or made into a whole.

Hoodies United: for Us All. United as One. Together We Stand, Divided We Can't.

Definitions have been used for ages to educate and bring understanding. A definition is not an opinion or an educated guess, it is a fact that we all except, teach and learn from.

1. a group of people related by common descent or heredity.

3. a socially constructed category of identification based on physical characteristics, ancestry, historical affiliation or shared culture.

adjective: of or relating to the races of "Human Kind".

1. prejudice, discrimination, or negativity directed against someone of a different race based on negative beliefs. racism is based on the belief that ones race is superior.

2. a belief that race ultimately determins human traits and capacities for learning surviving and interacting socially.

1. an intense feeling of deep affection.

2. love is a variety of different emotional and mental states, typically positive. Love is compassion and affection that is displayed in human kindness.

1. to feel an intense or passionate dislike for someone or something. Hate is a strong negative feeling

1. make or show a connection between.

2. to be casually connected

1. joined together politically, for a common purpose, or by common feelings.

1. the state of being equal, especially in status, rights and opportunities.

2. mathematically, a symbol or expression of the fact that the two quantities are equal. equalities

1. an even distribution of weight and power enabling someone or something to remain upright and steady.

verb: keep or put in a position so that it doesn't fall or fail.

2. free from war, violence and hate.